When Rachmaninoff and his family took up residence in Beverly Hills in 1942, he entered a dynamic creative community of musicians, authors, and filmmakers. Uncover the cultural history of the period by exploring the sites that figured into the composer's life in Los Angeles.

In 1942, at the age of 69, Sergei Rachmaninoff resolved to do what he had been threatening for decades: retire from his career as a touring pianist and dedicate himself to composing.

He wrote to his friend, Russian émigré musicologist Sergei Bertensson, asking him to find a “dacha” (a country cottage home) in Southern California, where Rachmaninoff hoped the temperate climate might slow the decline of his health.

Bertensson later wrote: “Together, we found a Beverly Hills estate with a large house, a swimming pool, the all-important garden, and a big music room that could hold two grand pianos.” Rachmaninoff, along with his wife, Natalia, moved into the estate in May 1942. 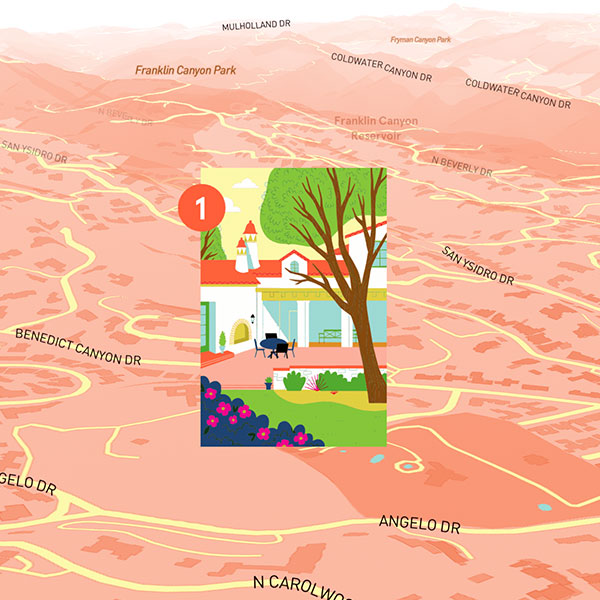 “In general, I’m not lucky with houses,” Rachmaninoff wrote in a letter to a friend in the fall of 1942. Rachmaninoff was forced to abandon five of the six homes he had owned throughout his life, losing the first in the 1917 Russian Revolution and leaving the others behind, as he navigated the complicated life of an international touring artist in an era dominated by two world wars.

“It’s true I’ve bought a house,” Rachmaninoff wrote. “A small, neat house on a good residential street in Beverly Hills. It has a tiny garden with lots of flowers and several trees: an orange tree, a lemon, and a nectarine.”

In the months before the Elm Drive house was ready to move into, he drove down from his Tower Road estate with a shovel and a rake, spending his days digging and making plans for his garden and planting a row of trees in the front yard for privacy. 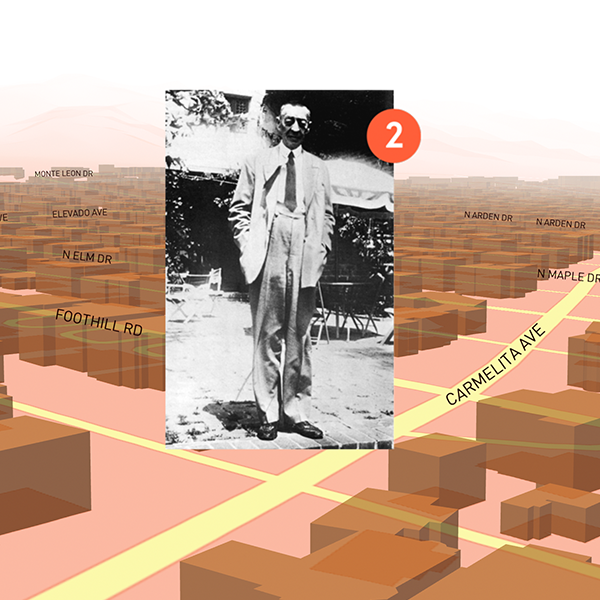 3Home of Wanda and Vladimir Horowitz

The pianist Vladimir Horowitz and his wife, Wanda, spent summers in a house within walking distance of Rachmaninoff’s home on Tower Road. Rachmaninoff greatly admired Horowitz’ gifts; and the two performed frequently for each other and together in duets at Rachmaninoff’s house, playing for their mutual entertainment, without an audience aside from one or two family members or friends.

In the summer of 1942, Horowitz performed Rachmaninoff’s Piano Concerto No. 3 at the Hollywood Bowl. After the show, Rachmaninoff found Horowitz backstage to tell him: “This is the way I have always dreamed that my concerto should be played, but I never expected to hear it that way on earth.” 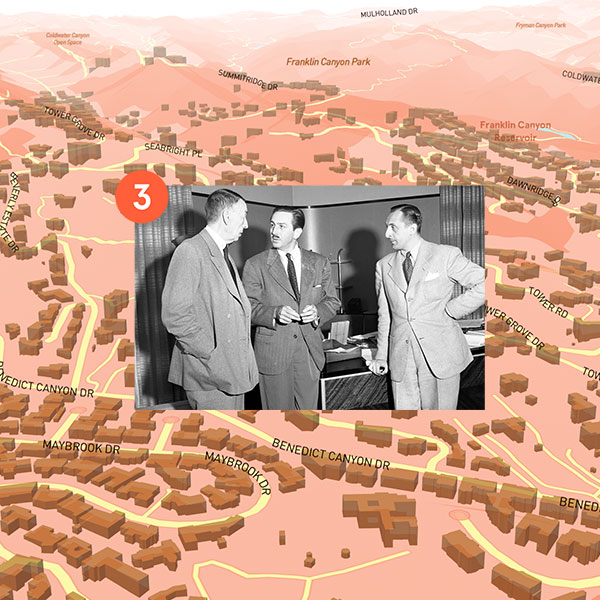 4 Home of Vera and Igor Stravinsky

The Rachmaninoffs were somewhat hesitant to accept an invitation to dinner at the home of Vera and Igor Stravinsky. Rachmaninoff was introverted: “I am not much of a society man. I hardly leave my lair.” Stravinsky agreed, calling Rachmaninoff a “six-and-a-half-foot scowl.” But the two men had much in common—both were Russian-born pianist-composers living in exile, and both were worried for their children, who were trapped in Europe at the height of World War II.

When the Stravinskys opened their door, they saw Rachmaninoff looming, lanky and dour, looking down on the diminutive, bespectacled Igor. But then Rachmaninoff produced from his pocket a jar of honey, having heard that Stravinsky loved it, and the tension between the two men melted. They steered clear of discussing their widely divergent musical tastes, finding common ground in their dislike for the music business in a lively discussion about managers, concert bureaus, agents, ASCAP, and royalties. 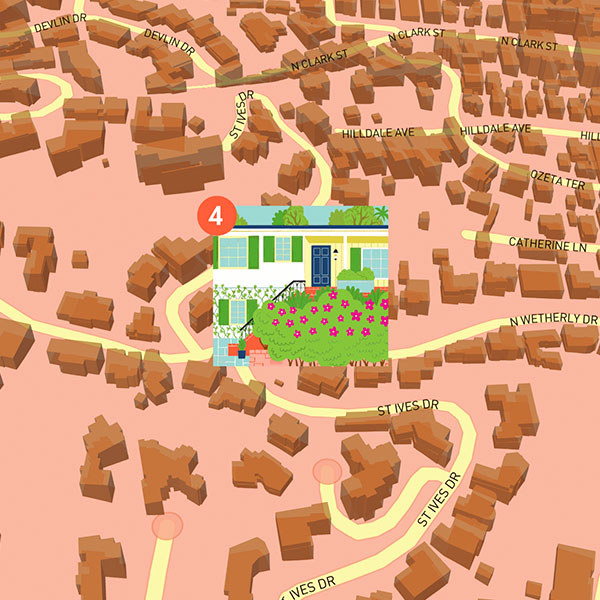 Like Rachmaninoff, William Grant Still wrote music inspired by national idioms and in a symphonic tradition that was often dismissed as outdated by their more modernist contemporaries.

Musicologist Jacqueline Cogdell DjeDje wrote: “Europeans who settled in Los Angeles before World War II seemed to appreciate Still’s music because it was not embedded in modernism.” Rachmaninoff might very well have been one of those European admirers of Still.

After hearing compositions from a group of young students from top conservatories, Rachmaninoff said, “If they persist, the way they are going now, there is no hope for them. The seed of the future music of America lies in Black music.” 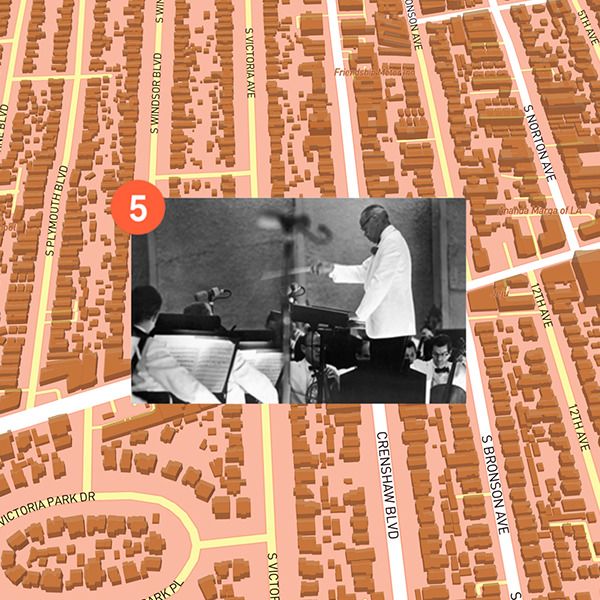 Rachmaninoff performed hundreds of times in America, including throughout the Great Depression, finding Southern California a particularly important oasis during that difficult chapter in U.S. history:

“Is this your winter? No wonder life seems to go on just the same here while Europe and the rest of America seems to have stopped, stopped traveling, stopped going to concerts, stopped everything worthwhile. It is the sunshine that keeps you going out here. And I hear you have a great outdoor auditorium. The acoustics? You can hear everything in this Bowl of yours.” 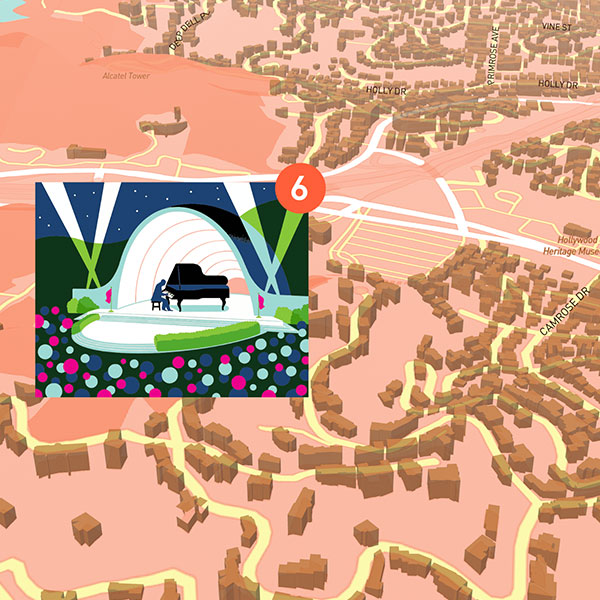 7Home of Lillian and Walt Disney

In Walt Disney’s 1929 film, The Opry House, Mickey Mouse is seen frantically running a theater, putting on a vaudeville show all by himself. His act includes a performance of Rachmaninoff’s renowned Prelude in C-sharp minor.

After Disney screened the film for the composer, Rachmaninoff told him: “I have heard my inescapable piece done marvelously by some of the best pianists, and murdered cruelly by amateurs, but never was I more stirred than by the performance of the great maestro Mouse.” 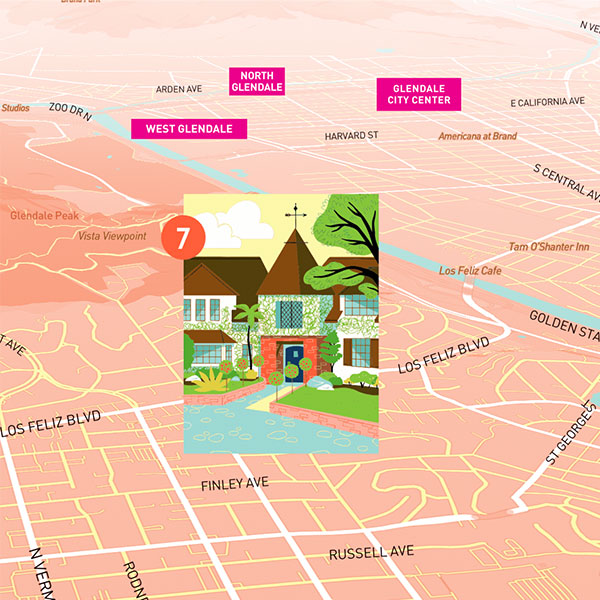 While the two Beverly Hills residents never connected here, the pianist-composers George Gershwin and Sergei Rachmaninoff were well known to each other, both having lived in New York and crossing paths many times on tour in Paris and elsewhere.

When Rachmaninoff visited New York in 1931 to play a recital, Gershwin went backstage after the concert to request a signed photo. Throughout his career, Gershwin sought composition lessons from the great masters of his time—Varèse, Schoenberg, and Ravel, among them.

In what is probably an apocryphal story, Gershwin purportedly once asked Rachmaninoff for composition lessons. Rachmaninoff asked the American how much he earned in a year and when Gershwin told him the amount, Rachmaninoff replied: “Then you should be teaching me.” 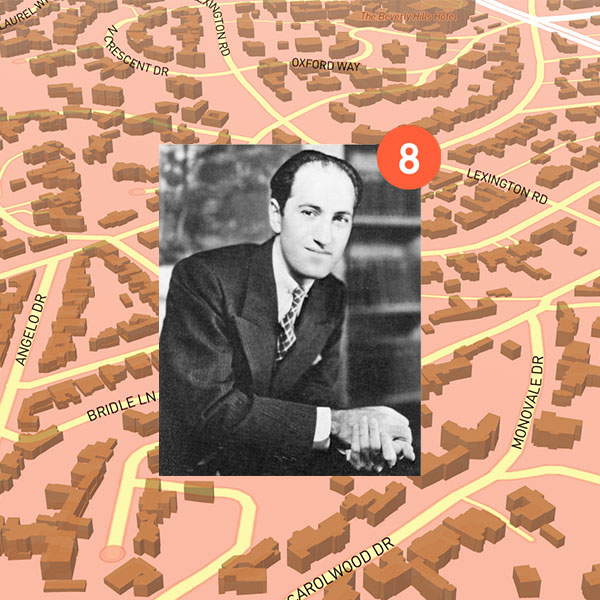 Rachmaninoff made his Los Angeles debut in the same venue where the Los Angeles Philharmonic gave its inaugural concert in Los Angeles in 1919.
851 South Grand Avenue
Los Angeles, CA 90017

Rachmaninoff’s first concert in Los Angeles in 1923 was greeted with adulation by the Los Angeles Times critic Edwin Schallert:
‍
“Art and the personality in art assumed a new significance with the first piano concert of Sergei Rachmaninoff in this city. He played last night at Trinity Auditorium, and before a throng that had apparently long anticipated his appearance proved himself a giant of the keyboard.”

The much sought-after soloist waited nearly two decades to make his debut with the Los Angeles Philharmonic at a historic performance at Hollywood’s Pantages Theater, conducted by Leopold Stokowski in 1940. Rachmaninoff would give twenty-eight performances in the greater Los Angeles area between 1923 and 1942. 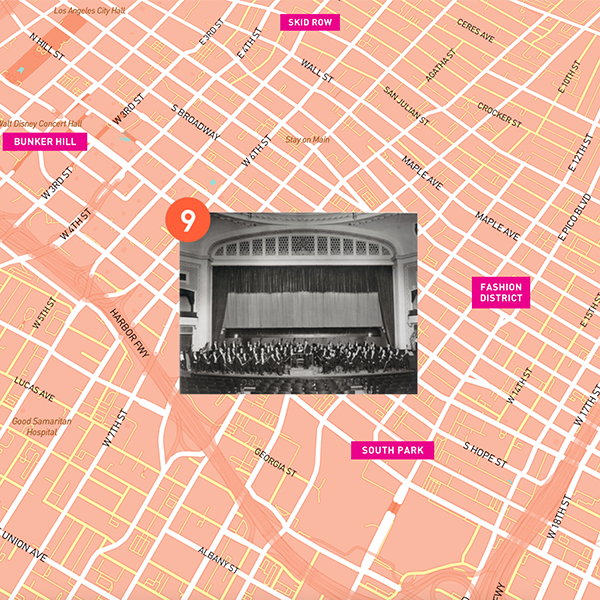 Rachmaninoff was an active parishioner, and his funeral rites were held at this church.
851 South Grand Avenue
Los Angeles, CA 90017

While on tour in New Orleans in March 1943, Rachmaninoff’s health took a sudden turn for the worse. Though doctors tried to dissuade him from returning to Los Angeles, Rachmaninoff was insistent on his return to Beverly Hills: “That will be my last home on earth. There I shall die. I shall gather a little strength, straighten out my fingers, and then play for the last time. After that, let death come…”

Rachmaninoff and his touring party boarded a train for the three-day journey to Los Angeles’ Union Station, where he met his doctor, Alexander Golitsyn, a fellow exile and a scion of a noble house of the Russian aristocracy.

Within days, Rachmaninoff succumbed to the cancer he had been suffering from for years. Rachmaninoff’s funeral rites were performed on March 30, 1943. The small church was filled to capacity with members of the Russian émigré community, Rachmaninoff’s Hollywood friends, and many fellow musicians. 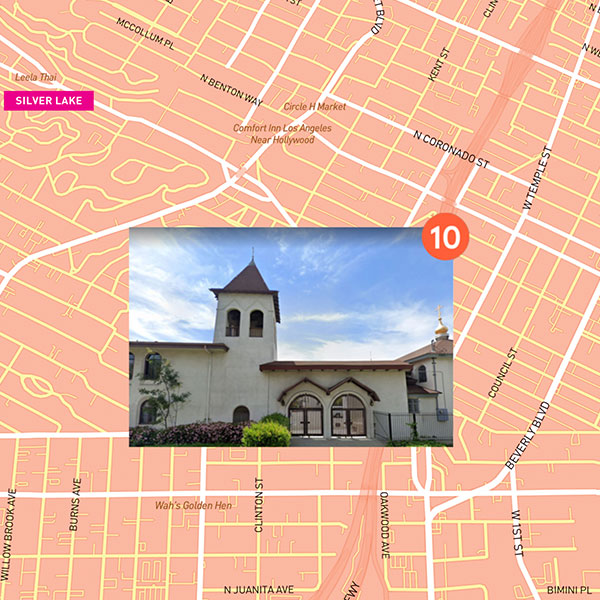 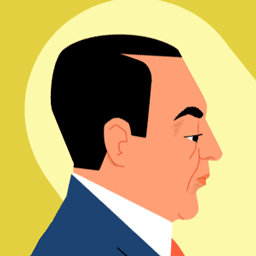